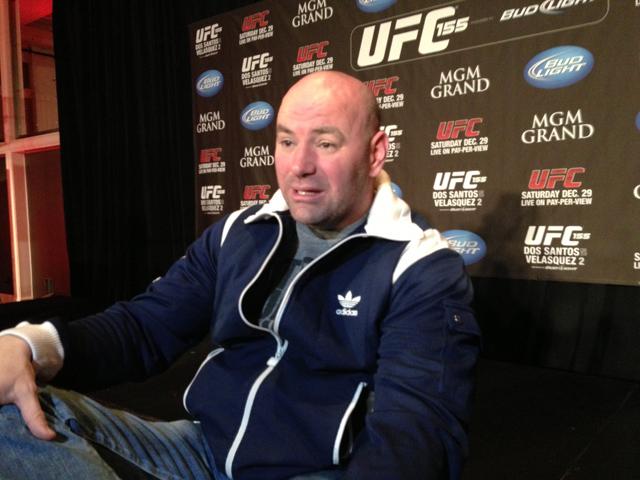 No Strikeforce fighter has suffered more as a result of the dispute between Showtime and UFC president Dana White than Gilbert Melendez.

Many knowledgeable mixed martial arts experts believe the Strikeforce lightweight champion might be the best 155-pound fighter in the world. But since Zuffa's purchase of Strikeforce from Silicon Valley Sports & Entertainment in March 2011, has fought just three times and hasn't gotten anywhere near a mega-event.

That is about to change with the demise of Strikeforce after its Jan. 12 show in Oklahoma City. That card will mark the final Strikeforce event as part of an agreement announced earlier this month between Zuffa and Showtime, which televises Strikeforce events.

UFC president Dana White said fighters under contract to Strikeforce would be folded into the UFC. Melendez is injured and unable to defend his title in Oklahoma City next month, so his next fight will be in the UFC. 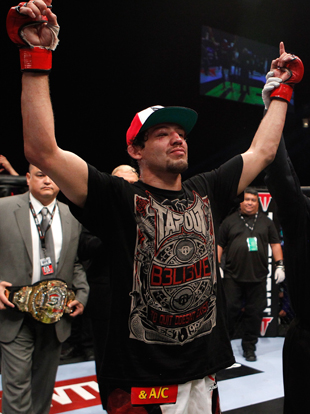 White told reporters Thursday following the pre-fight press conference for UFC 155 that Melendez's first bout in the UFC would likely be a title shot.

"We'll see, but we'll probably bring him in and give him a title shot," White said.

As usual, White covered a slew of topics in his post-news conference scrum with reporters. Among the other gems:

? He confirmed that he has begun casting for a Mexican version of "The Ultimate Fighter" and said the company is still in talk with networks there about a television deal.

The problem, he said, is not introducing the fans to the sport. Mexicans are notorious boxing fans and White said the UFC's market research has shown that there is plenty of interest among them in mixed martial arts. The issue is reaching what he believes is the proper television deal, which he admitted has been harder than expected to accomplish.

"We're dealing with some of these countries where five families run all of Mexico," White said. " ... Once we get the right deal, I know it will be big [among the Mexican fans]."

? White said the UFC's partnership with Fox and its related networks has been "unbelievable." He said Fox officials kept their promise to him and moved the U.S. version of "The Ultimate Fighter" to Tuesday nights on FX beginning with the debut of Season 17 on Jan. 22.

The UFCs 18-34-year-old male demographic wasn't home to watch Seasons 15 and 16 and the ratings sank dramatically from its pre-FX days on Spike.

"I've said this to you guys a million times, but FX loved us on Friday nights," White said. "But they're good partners and they promised me [they'd change nights if it didn't work out]. They said, 'Let's try to build this on Friday to a point where you're happy with the [ratings]. If it doesn't work out, we'll move you to another night.' And they kept their word."

By going on Tuesday, the UFC will avoid competing directly with Bellator's reality series, which will be held on Thursdays on Spike starting Jan. 17.

? White said 2012 was a good year for the company despite its unbelievable rash of injuries. He said pay-per-view numbers were lower than in 2011, but said the drop wasn't alarming and was not unexpected given the major issues with injuries the company experienced.