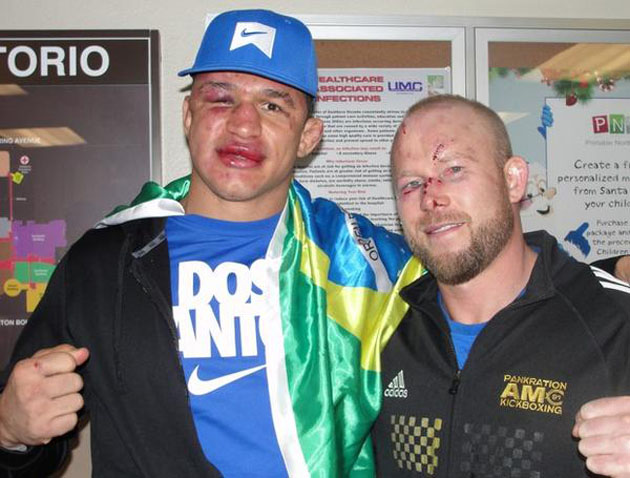 Junior dos Santos and Tim Boetsch both walked away from UFC 155 with losses. They also walked away with seriously, seriously beat-up faces, as shown in this picture from the hospital.

UFC president Dana White originally suggested that dos Santos suffered a broken jaw from his five-round, title loss to Cain Velasquez, but tests reportedly came back negative. Boetsch had a huge cut during his loss to Costa Philippou, which is pretty easy to find in the above picture.

Predictions for 2013 from Yahoo! Sports: